It Is Easy To Be Dead by Neil McPherson 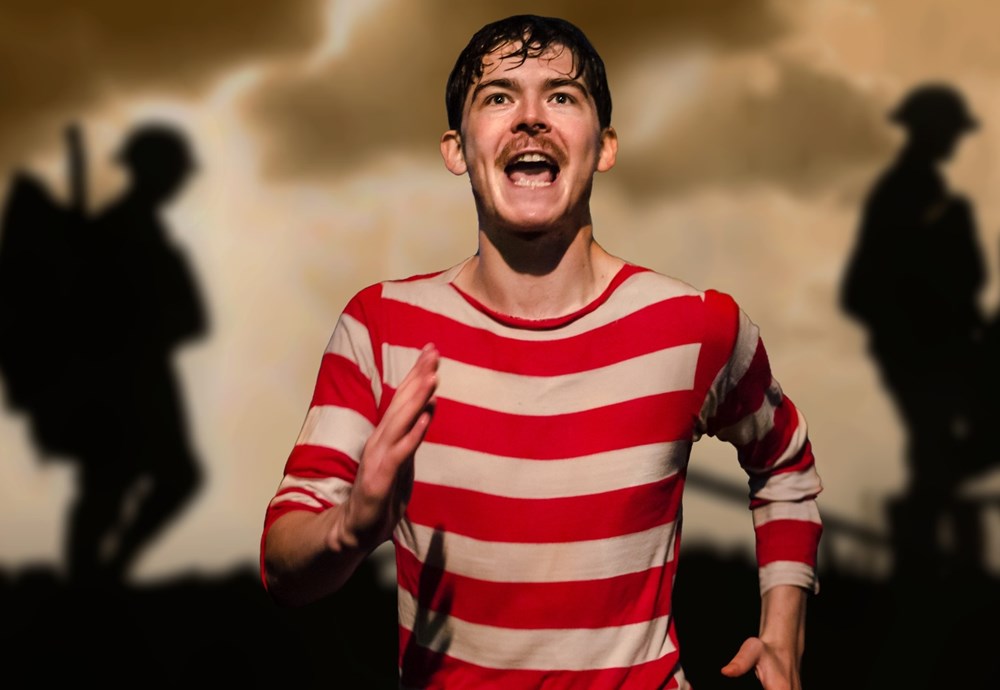 Bréon Rydell in association with Neu! Reekie! presents IT IS EASY TO BE DEAD by Neil McPherson.

Based on the poetry, letters and brief life of Charles Hamilton Sorley.

Following a sell-out West End run where it was nominated for an Olivier Award, It Is Easy To Be Dead is the story of Scotland’s greatest First World War poet.

When twenty-year-old Charles Hamilton Sorley is killed in action during the First World War, his devastated parents are left with only his letters and poems to remember him by. Using his extraordinary writings, together with music and songs of the period, It Is Easy To Be Dead is a tender portrait of a brief life filled with promise, cut short by the futility of war.

“A magnificent tribute to a fiery spirit”
Michael Billington, The Guardian – five stars.

“A tender, absorbing, eye-opening account of both an awful conflict and a great lost talent… Alexander Knox is
stunning as Sorley.”
Dominic Maxwell, The Times – four stars.

“A little gem… a poignant study of loss and the great waste of war.”
Daisy Bowie-Sell, WhatsOnStage – four stars.

You have Successfully Subscribed!